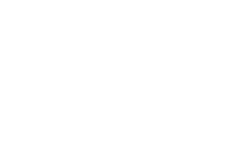 Valuable items, hazardous and liquid materials cannot be transported via air transportation. Goods classified as dangerous or which are considered to be prohibited materials for carriage are not allowed to be shipped via SendOn. Lithium batteries can only be accepted inside a device when ordering through our SendOn UK and France Priority service.

Below please find a generic list of the prohibited items. It is also suggested that you refer to Mail terms and conditions here.

(a) Explosive substances (a substance which is not itself an explosive but which can form an explosive atmosphere of gas, vapour or dust is not included in Class 1), except those that are too dangerous to transport or those where the predominant hazard is appropriate to another class;

(b) Explosive articles, except devices containing explosive substances in such quantity or of such a character that their inadvertent or accidental ignition or initiation, during transport, will not cause any effect external to the device either by projection, fire, smoke, heat or loud noise; and

(c) Articles and substances not mentioned under (a) and (b) above which are manufactured with a view to producing a practical, explosive or pyrotechnic effect.

Articles and substances having a projection hazard but not a mass explosion hazard.

(a) Give rise to considerable radiant heat; or

(b) Burn one after another, producing minor blast and/or projection effects.

Articles and substances that present no significant hazard. The division comprises articles and substances which present only a small hazard in the event of ignition or initiation during transport. The effects are largely confined to the package and no projection fragments of appreciable size or range is to be expected. An external fire must not cause virtually instantaneous explosion of almost the entire content of the package.

Very insensitive substances, having a mass explosion hazard, which are so insensitive that there is very little probability of initiation or of transition from burning to detonation under normal conditions of transport.

Note: the Risk from articles of Division 1.6 is limited to the explosion of a single article.

A gas is a substance which:

(a) Are ignitable when in a mixture of 13% or less by volume with air; or

(b) Have a flammable range with air at least 12 percentage points regardless of the lower flammable limit. Flammability must be determined by tests or by calculation in accordance with methods adopted by ISO (see ISO STANDARD 10156:1990). Where insufficient data are available to use these methods, tests by a comparable method recognized by appropriate national authority must be used.

Gases which are transported at a pressure not less than 280 kPa at 20°C, or as refrigerated liquids, and which:

(a) Are asphyxiant- gases which dilute or replace the oxygen normally in the atmosphere; or

(b) Are oxidizing – gases which may, generally by providing oxygen, cause or contribute to the combustion of other material more than air does; or

(c) Do not come under the other divisions.

(a) Are known to be so toxic or corrosive to humans as to pose a hazard to health: or

(b) Are presumed to be toxic or corrosive to humans because the have LC50 value equal to or less than 5000 mL/m3(ppm) when tested in accordance with the criteria for Inhalation Toxicity.

This class has no subdivisions. It comprises liquids or mixtures of liquids or liquids containing solids in solution or in suspension (for example paints, varnishes, lacquers, etc., but not including substances otherwise classified on account of their dangerous characteristics) which give off a flammable vapour temperatures of not more than 60.5°C(141°’F) closed-cup test or not more than 65.5°C (150°F) open-cup test normally referred to as the flash point.

Liquids described above flash point exceeding 35°C (95°F) need not be considered flammable liquids for the purposes of these Regulations, if:

(a) They do not sustain combustion when subjected to the method of testing for combustibility of Class 3 substances ;or

(c) They are miscible solutions with a water content of more than 90% by weight.

Liquids offered for transport at temperatures at or above their flash point are considers as flammable liquids.

Substances that are transported or offered for transport at elevated temperatures in a liquid state and which give off a flammable vapour at a temperature at or below the maximum transport temperature (i.e. the maximum temperature likely to be encountered by the substance in transport) are also considered to be flammable liquids. This also includes perfumes and nail polish.

Solids which, under conditions encountered in transport, are readily combustible or may cause or contribute to fire through friction; self-reactive and related substances which are liable to undergo a strongly exothermic reaction; desensitized explosives which may explode if not diluted sufficiently. Division 4.1 contains:

Flammable solids are readily combustible solids and solids which may cause fire through friction. Readily combustible solids are powdered, granular or pasty substances which are dangerous if they can be easily ignited by brief contact with an ignition source, such as a burning match, and if the flame spreads rapidly. The danger may not only come from the fire but also from toxic combustion products. Metal powders are especially dangerous because of the difficulty of extinguishing a fire since normal extinguishing agents such as carbon dioxide or water can increase the hazard.

- Explosives according to criteria of Class 1;

- Oxidizing substances according to the assignment procedure for Oxidizing Solids;

- Organic peroxides according to the criteria of Division 5.2;

- Substances where the heat of decomposition is less than 300 J/g; or

- Substances where the self- accelerating decomposition temperature is greater than 75°C for 50 kg package.

Substances which are liable to spontaneous heating under normal conditions encountered in transport, or to heating up in contact with air, and being then liable to catch fire.

The following types of substances are classified in Division 4.2:

Division 4.3 Substances which, in contact with water, emit flammable gases

These are described in the List of Dangerous Goods as “Water-reactive” substances.

Substances which, themselves are not necessarily combustible, but may generally cause or contribute to the combustion of other material by yielding oxygen.

Organic substances which contain the bivalent structure –O-O- and may be considered derivatives of hydrogen peroxide in which one or both of the hydrogen atoms have been replaced by organic radicals.

Organic peroxides are thermally unstable substances which may undergo exothermic, self-accelerating decomposition. In addition, they may have one or more of the following properties:

- be liable to explosive decomposition;

- be sensitive to impact or friction;

- react dangerously with other substances;

- cause damage to the eyes

Substances which are liable to cause death or injury or to harm human health if swallowed, inhaled or contacted by the skin.

A radioactive material is any article or substance having a specific activity greater than 70kBq/kg (0.02 u Ci/g)

Radioactive materials are articles or substances which spontaneously and continuously emit ionizing radiation which can be harmful to the health of humans and animals and can affect photographic or X-Ray film. This radiation cannot be detected by any of the human senses (sight, smell, touch or taste), but it can be detected and measured with suitable instruments.

Substances which, in the event of leakage, can cause severe damage by chemical action when in contact with living tissue or can materially damage other freight or the means of transport.

Any material which has narcotic, noxious, irritating or other properties such that, in the event of spillage or leakage on an aircraft, could cause extreme annoyance or discomfort to crew members so as to prevent the correct performance of assigned duties. The materials included under this proper shipping name must not meet any of the definitions for Classes 1 through 8.

Magnetized material: Any material which, when packed for air transport, has a magnetic field strength of 0.159 A/m (0.002 gauss) or more at a distance of 2.1 m (7 ft) from any point on the surface of the assembled package (see also Packing Instruction 902, which includes methods of determining magnetic field strength).

Miscellaneous articles and substances: Examples included in this class:

- genetically modified organisms or micro-organisms which are not infectious substances but which are capable of altering animals, plants or microbiological substances in a way which is not normally the result of natural reproduction.